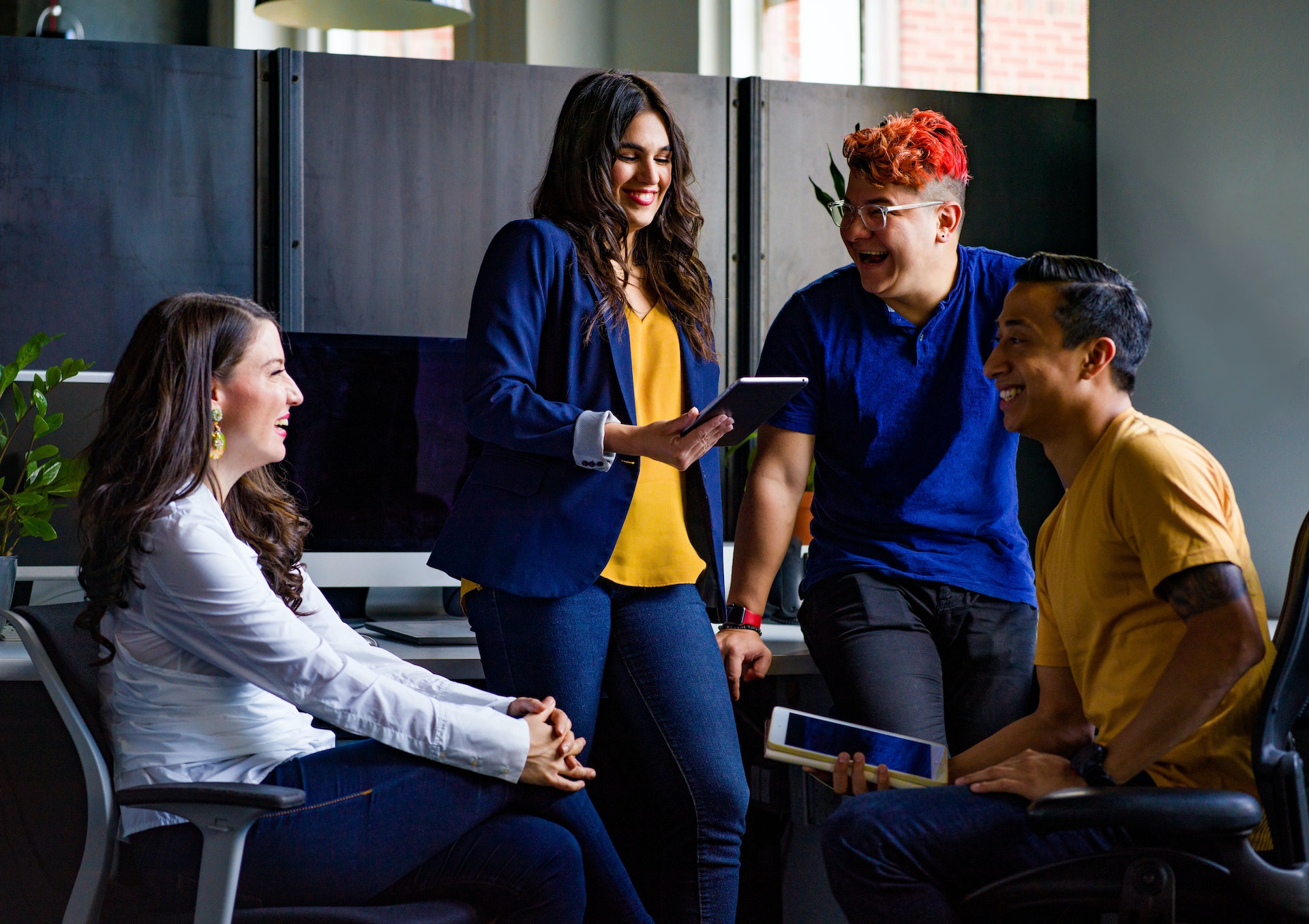 "It is important for us to pause for a second and make sure that we are talking with each other in a way that heals, not a way that wounds."

However, the necessary vulnerability that comes from talking about our common humanity and the biases within our society and systems is part of the learning needed to be an inclusive leader. When we speak about these topics, we learn more about them, we engage in dialogue, we connect and create the environment for other people to thrive. This is not a clean process. It is messy. It requires courage,  humility, openness and curiosity. All qualities of an inclusive leader.  When you are committed to the process of inclusion, then you are wise to reflect on and use words that demonstrate your values.

The first step in any journey is figuring out where you want to go.  However, this may be less straightforward than it sounds. Often the same goal can be framed in different ways: you can focus on the behaviours you want to encourage, such as being more inclusive;  or on those, you want to prevent, such as the risk of harassment.13 A wealth of psychological research has shown that a focus on positives, and on the outcome you want to happen typically leads to better results. Focusing on prevention, on the other hand, often makes matters worse regardless of the intention behind it.14 For example, even when individuals are actively trying to reduce their prejudice and promote egalitarian values, a focus on preventing prejudiced behaviours, rather than promoting inclusion, tends to work against them and ends up increasing prejudice.15

How often have you referred to the chairman or the salesman, rather than the chair or the salesperson at work? It may seem a trivial,  irrelevant difference, but research shows that the use of gender specific language significantly alters our sense of who belongs in a  particular position. Women who hear male-specific language during  an interview – even something as subtle as using the pronoun ‘he’  exclusively when discussing the role – feel less belonging, less  identification with the job, and less motivation to do it well.16

A subtle shift to gender-inclusive language flips all those effects and creates more belonging, more identification, and more motivation.  In a similar vein, research by academics Jane Stout and Nilanjana  Dasgupta in 2011 showed that using gender-inclusive language signals more positive attitudes toward transgender and gender nonconforming individuals.17 There are many other benefits to using inclusive pronouns as well, including a reduction in stereotypes and discrimination.18 This is a very small linguistic change with very large benefits.

One of the most challenging aspects of language is how rapidly it evolves. Indeed, universally agreed language about issues relating to race is almost non-existent. Even the most frequently used words in any discussion on ethnicity can easily cause confusion and at worst controversy and hostility. It is essential to achieve a degree of shared understanding, particularly when using the most common terms.

For example, given the changing demographic trends in the US, the word ‘minority’ no longer accurately reflects the four-primary racial/ ethnic groups. The terms ‘emerging majority’ and ‘people of colour’  have become popular substitutes for this grouping term. The term

BAME – Black, Asian and Minority Ethnic – has long been used in the UK to define people from an ethnic minority. In the UK, that is approximately 13 percent of the population. However, it has its limitations.

Using a term like BAME, allows the topic to be raised, while not necessarily acknowledging the level of nuance necessary to have meaningful conversations about race and ethnicity in the workplace.  It gives permission to glaze over the variety of specific issues different ethnic groups might face. Grouping a wide range of ethnic minorities together under a single ‘non-white’ grouping is a starting point, but not the endpoint. At the same time, labels such as BAME  and LGBTQ+ allow disparate groups, bound together by similar,  though not identical, experiences to collectively act and to be represented in greater numbers. Acknowledging the limitations of labels when using them helps to demonstrate an awareness of the power and the poverty of words.

Beyond the individual groupings within many of the diversity, labels are the overlapping layers of identity within those groupings. The term ‘intersectionality’ has grown in usage during recent years. It describes the combination of different demographic identities that each of us have.

For example, I am a white, cis-gender, university-educated, English woman.19 In this description, I have listed four categories of diversity that I identify with. How I feel about each of them will depend on many factors, including the reception in society and at work. The reality is that I noticed, nor desired, by those who enjoy its benefits. However, what it does mean is that my life has had significantly fewer barriers than if I was a black woman who identified as transgender, had never attended university and lived in a country that outlawed her gender identity.

“Put down your armour; be prepared to be wrong; use the words that welcome; and listen more than you speak.”

Reach for parity. “I always say that talent and capability are everywhere, all it needs is...
Read More